Following the Squatober plan was one of my best fitness decisions.

Squats have been called the king of lifts. Once you drape a loaded bar across your back and drop your ass to the grass, most major muscle groups, including your hamstrings, quads, core muscles, and upper back, are put to work.

Any workout program that doesn't include the squat is, frankly speaking, not worth your time or money. But would you follow a program that focuses solely on squats? I did, and it was one of the best decisions I made.

I know, I know — you're probably going to say something like, "That's horrible for your knees." I heard plenty of that when I told people I’d be squatting every day for the month of October (well, every weekday, with weekends off) as part of a social media campaign known as Squatober.

At the end of the month, not only were my knees just fine, but my squat max went up 35 pounds (from 225 to 260), my overall strengthincreased, I lost some body fat, and I learned some valuable life lessons along the way.

What is Squatober? It's the brain child of Aaron Ausmus, the head strength and conditioning coach for the University of Southern California’s football team, and Bert Sorinex, president and co-owner of exercise equipment company Sorinex.

“We really wanted to just find a way to bring attention to this really great, but under-appreciated lift,” Bert told Muscle & Fitness. “But we were just kind of joking around at first.”

That is, until Ausmus—who writes the workout plan for Squatober—actually squatted every day for a month and found just how beneficial it was. The two started promoting it on social media about five years ago, and now more than 50,000 people follow the @penandpaperstrengthapp page that posts each day’s workout.

“It’s been absolutely great to see the response,” Bert says. “We’ve had great responses from other schools and their strength and conditioning departments.”

Here's a primer on Squatober, why I decided to do it, and the lessons it taught me.

Anthony O'Reilly is an associate editor at Muscle & Fitness.

Before Squatober began, I needed to figure out my training max. Ausmus had a simple tip for figuring that out on Sorinex’s website: “Pick a weight that if you drove for 6 hours, you could still get out of your car, do a short warm-up, and hit that weight.” For me, that was 225 pounds.

Starting Sept. 30, @penandpaperstrengthapp Instagram page would upload the next day’s workout routine. It started off relatively easy, 5 reps at 35 percent of my max and progressing to 9 reps at 65 percent.

Predictably, the days got harder. On Day 9, we were ordered to do a seesaw set and rep scheme with 4 reps at 70 percent, followed by 2 at 80, then 4 at 70 and so on for eight total sets. More challenging than that, was climbing my apartment stairs that same night.

It wasn’t all squats, though, as the plan had us doing bench presses, overhead presses, and Romanian deadlifts on certain days. “This is basically how Aaron trains his athletes,” Bert says. 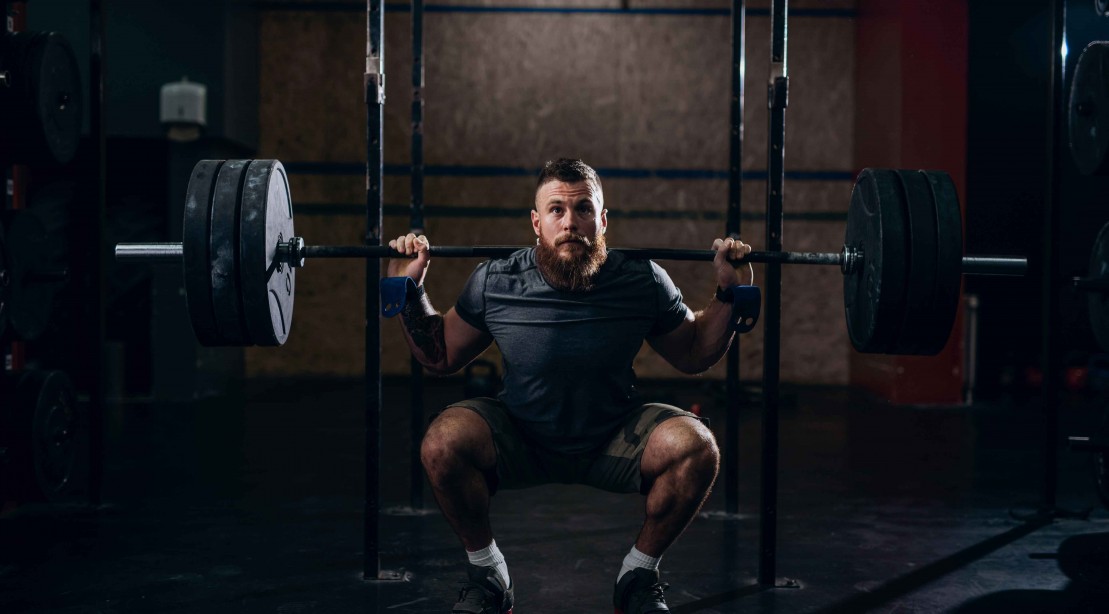 Despite working at a place called Muscle & Fitness, I'm relatively new to lifting—and fitness, for that matter. At the end of 2018, I was over 260 pounds (all fat). Not only that, I was incredibly weak and hadn't stepped into a gym in years.

Flash forward to September 2019, I was hovering around 220 pounds (some muscle) and living a much healtheir lifestyle. One afternoon, an article about Squatober flashed across my smartphone and the headline piqued my curiosity enough for me to click on it. It sounded promising; Here was a program, I thought, that promised increased strength and marked improvement in the gym.

What did I have to lose? At the very least, it would make an interesting story for work. 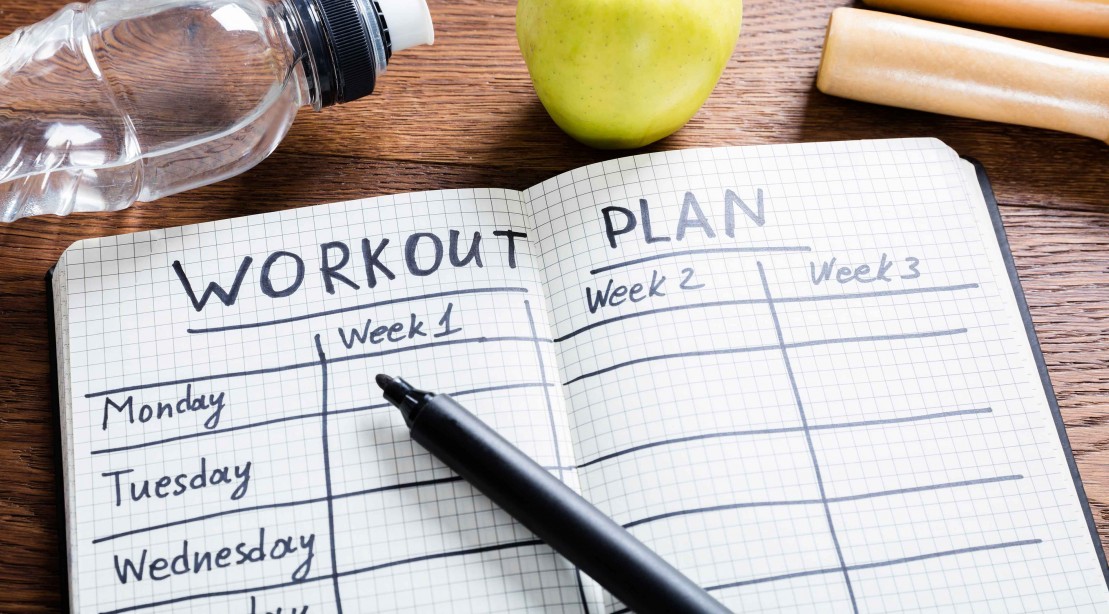 Photo by Andrey_Popov via Shutterstock

Stick to the Plan

One concern among the uninitiate is, rightfully so, safety. If you were to head into the gym, throw a bunch of weight on the bar and start squatting, then, yeah, you may get hurt. Ausmus is a professional with decades of experience and his plan, which utilizes varying intesity and volume, is thoughtfully crafted. You’re not likely run in to any problems if you execute it as directed and work off of a realistic current max.

Although I was certainly sore after a lot of the workouts, I didn't experience the crippling knee pain some of my friends and family predicted I would encounter. This is, of course, due to Ausmus' expertise in this area. We deloaded when we needed to, and went heavy when it was necessary.

At the bottom of each workout, Ausmus lists recovery advice and, without fail, getting at least 8 hours of sleep was always included. I’m usually good on getting enough sleep, but midway through Squatober an unforeseen family emergency threw my sleep schedule off track.

The mornings after those restless nights caused my performance in the gym to suffer. I was still able to get up and squat, but the lifts were much more laborious than on the days when I got a sound night of rest. So be sure to hit the sack early if you’re going to do this.

Several studies have shown that squats are the best exercise for burning calories, activating muscles, and increasing hormonal response.That hormonal response equates increased strength all over. Case and point: before Squatober, I was only able to deadlift 315 pounds for one rep. After the 30 days of squatting, I was able to do that same weight for reps. My bench also jumped from 170 to 185.

And though the caloric burn I experienced in the gym caused me to eat like a bear prepping for hibernation, I lost a little body fat throughout the month. Predictably, my quads also got much harder.

I probably won’t be squatting five days a week again any time soon, but I’ve certainly gained a new appreciation for king of all lifts. If you, like me, can’t wait for next year’s Squatober, then try this workout routine from Day 11.